It really is amazing how many amazing dance artists come through Stuttgart… it is like a dance village. That is where I met Paul Chalmer. I would see a photo or hear his name around Stuttgart, but I never met him. Then suddenly, one random day at the Gauthier Dance studios, Paul Chalmer walks in to teach. He has a tall and strong appearance…a true prince. His class was great! A few cool combos I remember as well. I just loved his energy in general, very cool. I enjoyed it so much, that after class I went to him and told him. When I went home I decided to look him up…A.K.A. Google him. And so began my research. I watched videos and everything! What a great career! He has partnered the greatest ballerinas. Like as Ghislaine Thesmar, Carla Fracci, Marcia Haydée, Birgit Keil, Natalia Makarova, Ekaterina Maximova, Eva Evdokimova, Lynn Seymour, Evelyne Desutter, and Susan Jaffe. He also has such beautiful photos with all of them! I put some of them in the photo Journal below.

I was surprised to see him back again to teach the next day. This was around the time I started collecting interviews for interview En L’air in 2012, And after doing my homework on Paul, it was on my mind. When we spoke again, I told him about my little-not-even-started idea and he thought it was a good one! Somewhere in that conversation I finally got the courage to ask him to participate.The series connected us. These first interviews really gave me the push I needed to get this series going. I think his was one of the VERY first ones… I think Bridget Briener was in this class with me.

What have I learned about Paul? He was born in Ottawa, Canada, in 1962, Paul studied at the National Ballet School of Canada with Betty Oliphant, Daniel Seillier, Erik Bruhn and Sergiu Stefansci. He danced the role of Albrecht in “Giselle” at his graduation performance and joined the National Ballet of Canada. His admiration for  the ballets of choreographer John Cranko were the motivation to leave Canada and join the Stuttgart Ballet in 1980., Paul became soloist there in 1983 and danced many leading roles in the company’s repertoire. In 1985 he joined Les Ballets de Monte Carlo as Principal dancer and partner of ballerina Ghislaine Thesmar. Paul has danced with The English National Ballet, The Birmingham Royal Ballet, The Scottish Ballet, The London City Ballet, Teatro Colon in Buenos Aires, Teatro dell’ Opera di Roma, L’Arena di Verona and at Teatro alla Scala, Milan. In 1999, Paul became Ballet Master of the Sächsische Staatsoper Ballett (Semperoper) Dresden  and was invited by Uwe Scholz in 2001 to become Ballet Master at the Leipzig Ballet.

Paul has also worked as a choreographer. For the Balletto dell´Arena di Verona he created the ballet “La Fille du Danube”(1996) dancing the premiere with Susan Jaffe,  “La Gitana” (1996) and “Il Talismano” (1997) for which he was honored with the “Premio Massine” in Positano. For the Rome Opera Ballet he choreographed “Lungo Viaggio” for Vladimir Vassiliev (2000), “The Sleeping Beauty” (2002,2005,2007,2009) and revived his “La Gitana” (2005,2007,2009) which remain successful parts of the repertoire in Rome.  In June 2006 he created “La Vestale” and in July 2007 “A Midsummer’s Night Dream” for the Rome Opera Ballet’s summer seasons at the Terme di Caracalla. In 2009 he choreographed the Pas de Deux “Piaf à Deux” for the Madrid Dance Festival and “Romeo and Juliet” with Paris Opera Etoiles Nicolas Le Riche and Clairemarie Osta for the St. Prex-Festival in Switzerland. In 2010, Chalmer choreographed a new full-length ballet for the Rome Opera to mark the bi-centennial of the birth of Frederic Chopin. “Chopin Racconta Chopin” premiered at the Teatro Nazionale in Rome, March 26, 2010.

From 2005 untill 2010, Paul Chalmer directed the ballet of the Leipzig Opera. For the Leipzig Ballet he created productions of “Swan Lake” (2005), “The Nutcracker” (2007), “The Firebird” (2008), “Giselle” (2009) and “Petrouschka” (2009). While honoring the legacy of Uwe Scholz and preserving many of his ballets,  he also brought to the repertoire of the Leipzig Ballet works by Balanchine, Cranko, MacMillan, Robbins, Tetley, Mauro Bigonzetti, Marco Goecke and Christian Spuck. Under Paul’s direction the Company toured extensively to venues including the Hong Kong Arts Festival, the Mai-Festspiele in Wiesbaden, the Bodenseefestival in Friedrichshafen, the Festival Madrid en Danza, Stuttgart,  Ludwigsburg, Warsaw, Santander, Pamplona, San Sebastian, Gran Canaria, Mallorca, etc.

In 2011, Paul was a member of the Jury for the Prix de Lausanne and choreographed a new production of “Swan Lake, The Tchaikovsky Enigma” for MaggioDanza which premiered in Florence for the Festival of the Maggio Musicale Fiorentino, June 1, 2011. Further performances of the new “Swan Lake” were included in MaggioDanza’s season in February, 2012.In 2013, Paul choreographed a new production of Prokofiev’s “Romeo and Juliet” for the Junior Ballet of the National Conservatoire in Paris and in February, 2014 a new production of Prokofiev’s “Cinderella” for the Wielki Teatr in Poznan, Poland. In june, 2014, the Rome Opera Ballet danced Chalmer’s production of “The Sleeping Beauty”.

Thank you Paul for believing in this series !

I wanted to dance and work in the theater for as long as I can remember.

Biographies and anything by Virginia Woolf

“All About Eve” is a favorite… among many others.

Anything by Balanchine, Cranko, Sondheim.

…are honest and intelligent.

…the world changing so fast.

What is your most embarrassing moment?

Having a “blank” and forgetting the choreography while on stage performing…and it happened to me twice!

As a choreographer/director, having to sit watching in the audience and being helpless once the curtain goes up…

There have been so many happy moments, but I hope the happiest is still to come…

The whole ride has been unusual so far and how cool is it to be able to make one’s profession from something one is so passionate about?!

The ballerina Ghislaine Thesmar, who opened my eyes to so many things about life and art.

Yes, too many to count!

A question you would like to know the answer to?

What happens to us when we die…but I don’t need the answer right away!

Have patience with yourself and never give up! 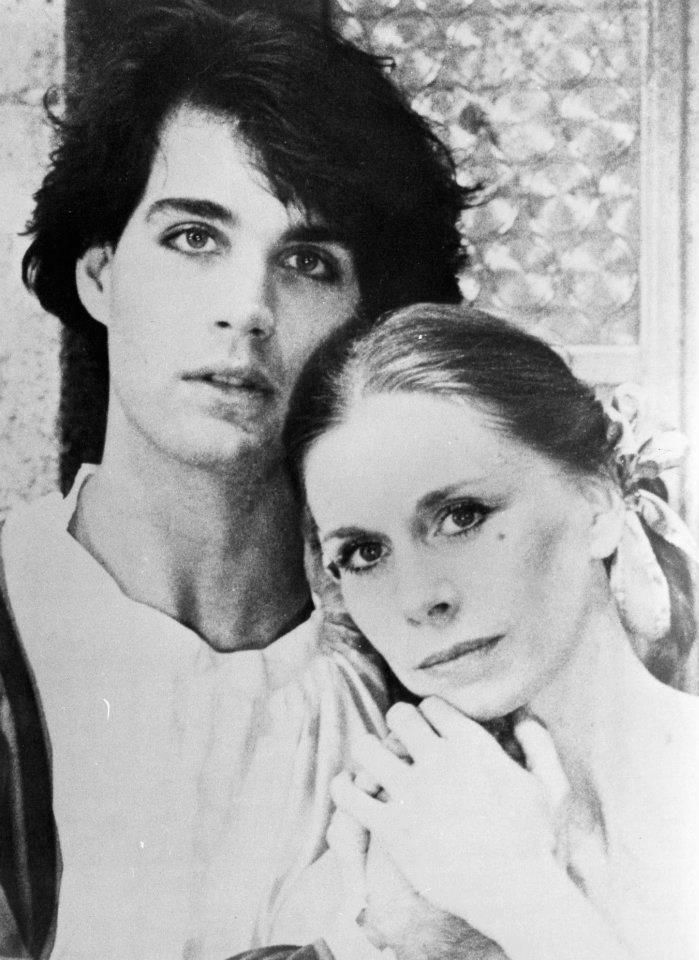 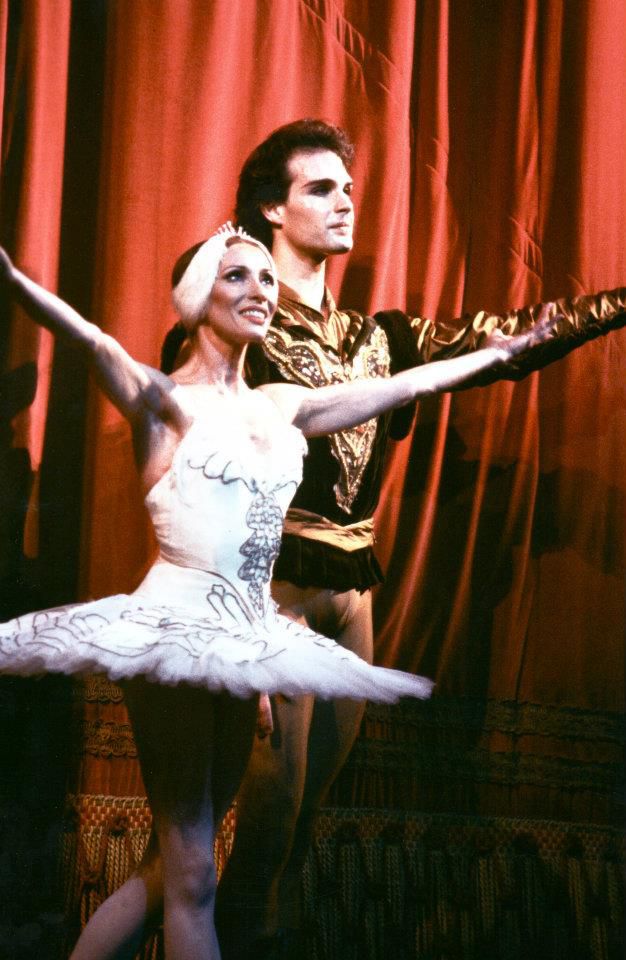 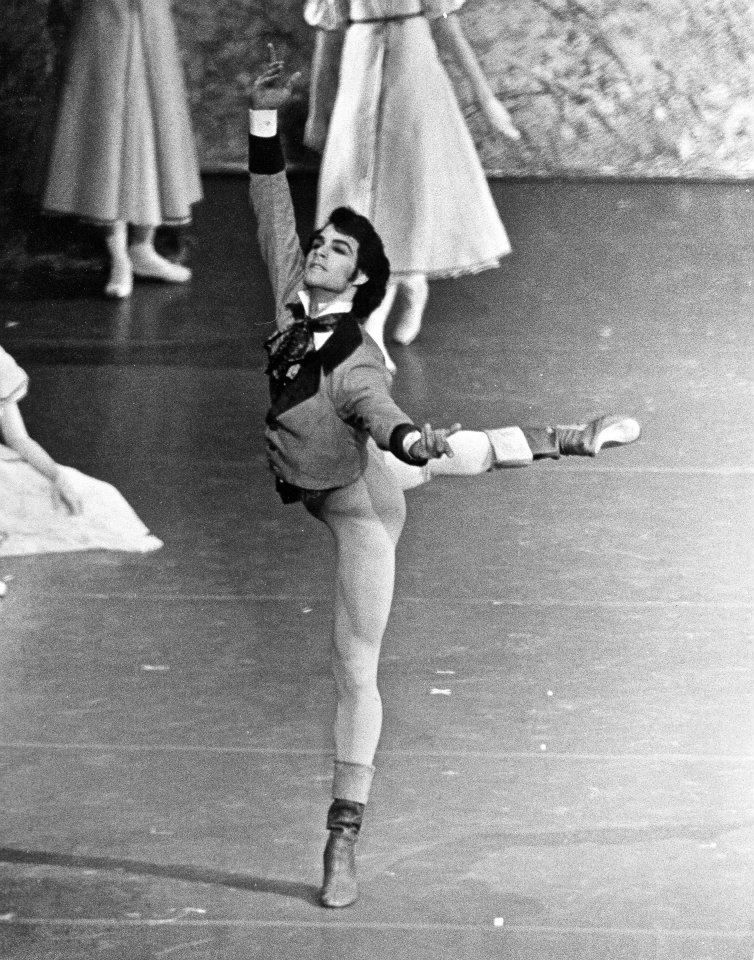 as Lensky in “ONEGIN” ©Stuttgart Ballet 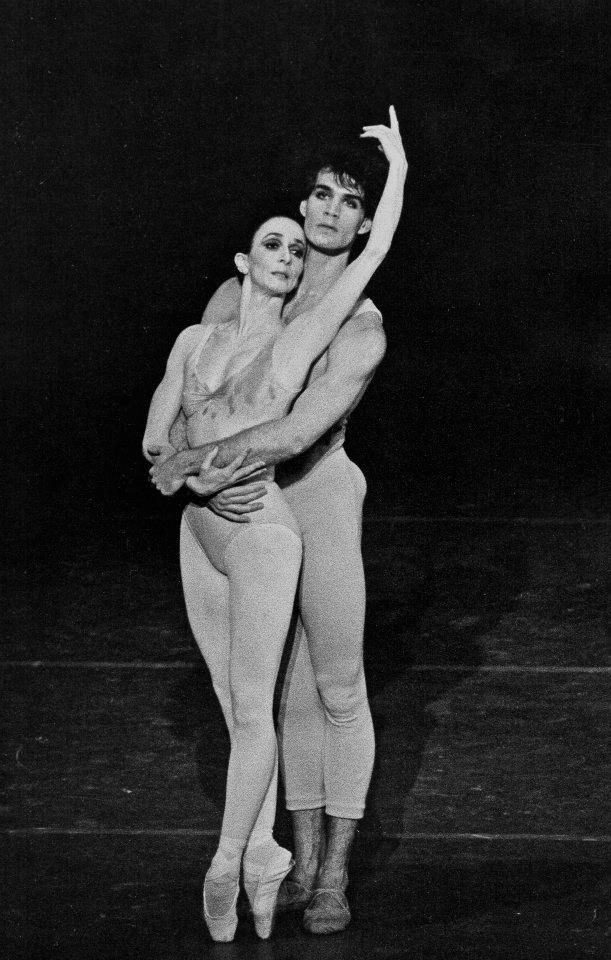 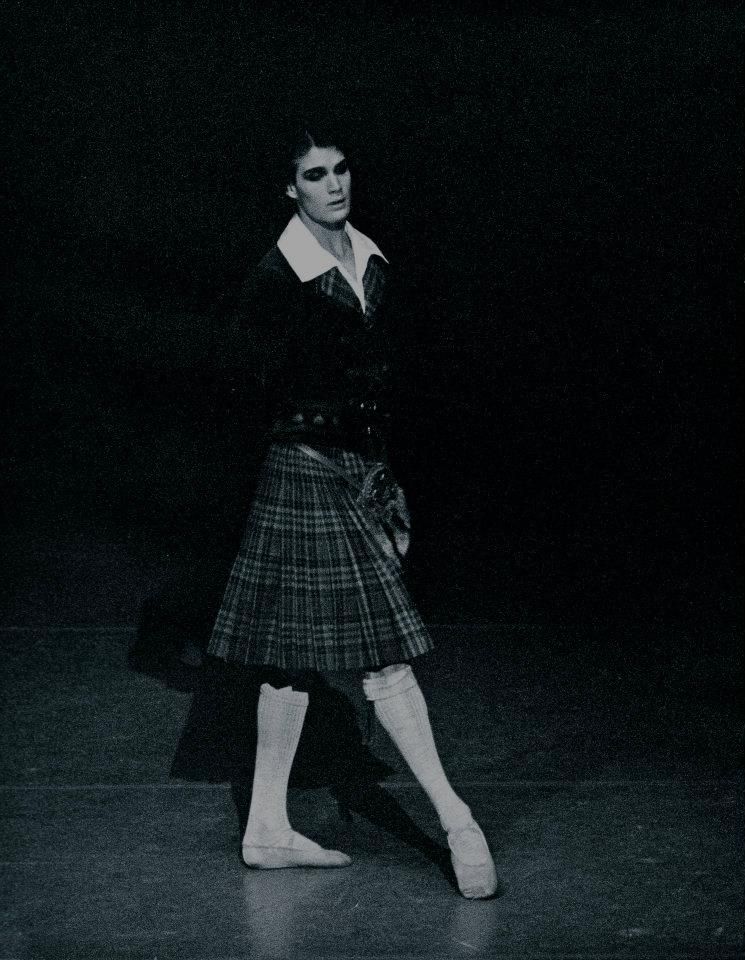 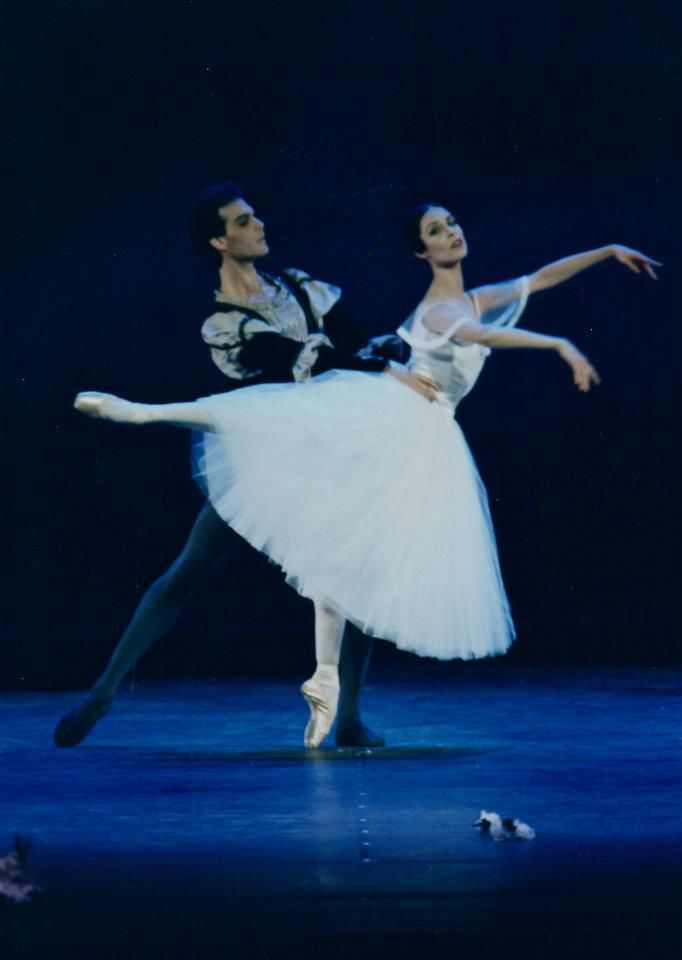 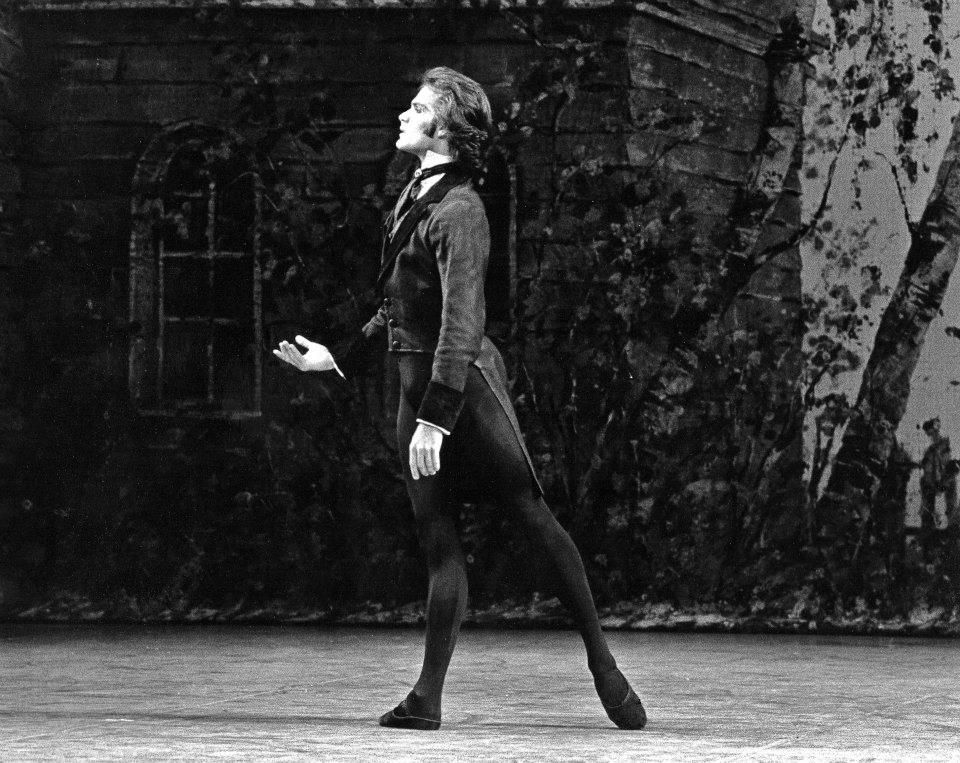 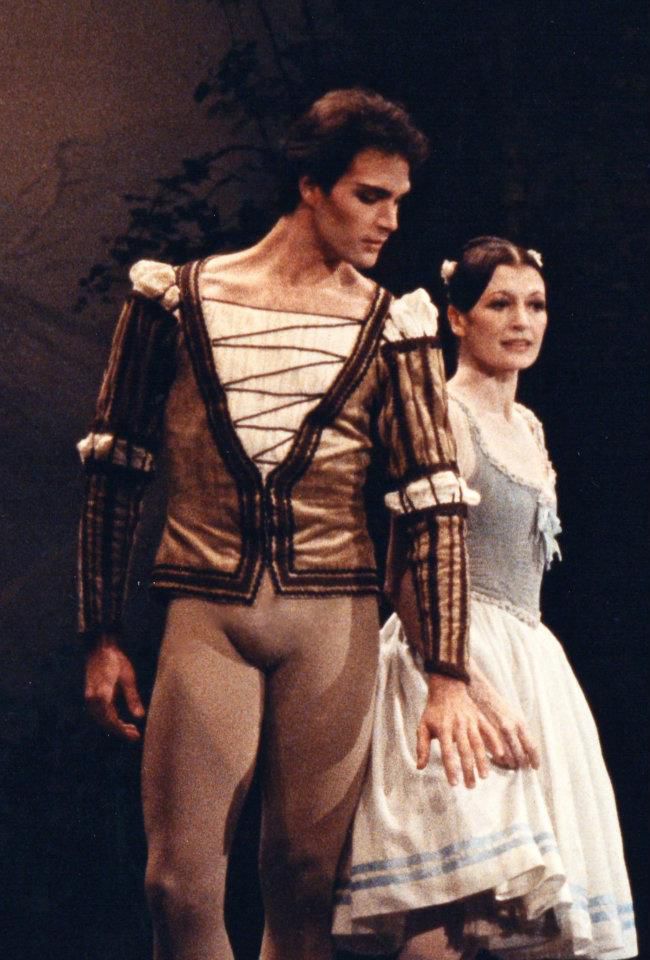 with Carla Fracci in “GISELLE” 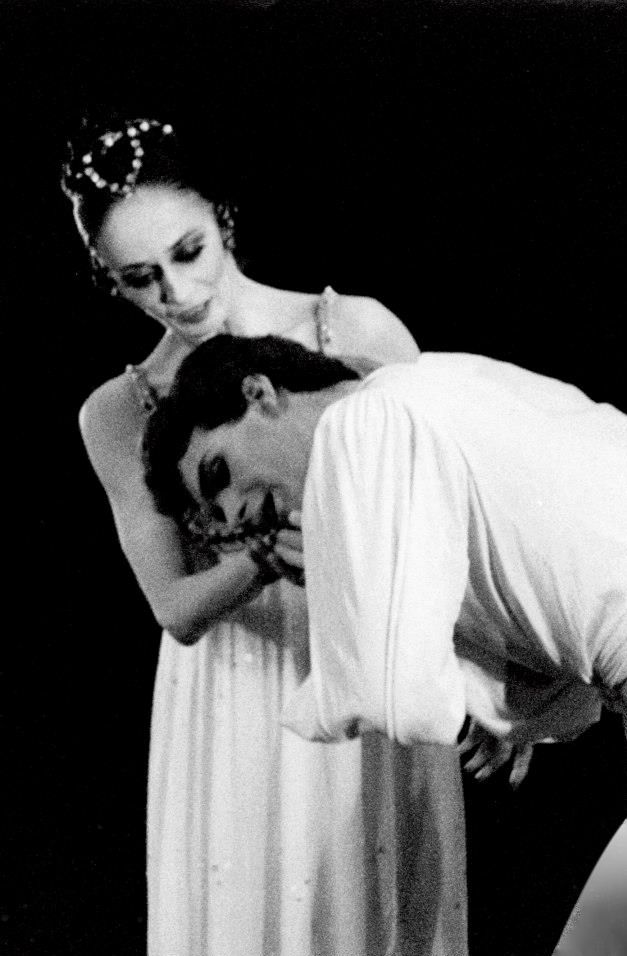 with Marcia Haydée in “ROMEO AND JULIET” ©Stuttgart Ballet 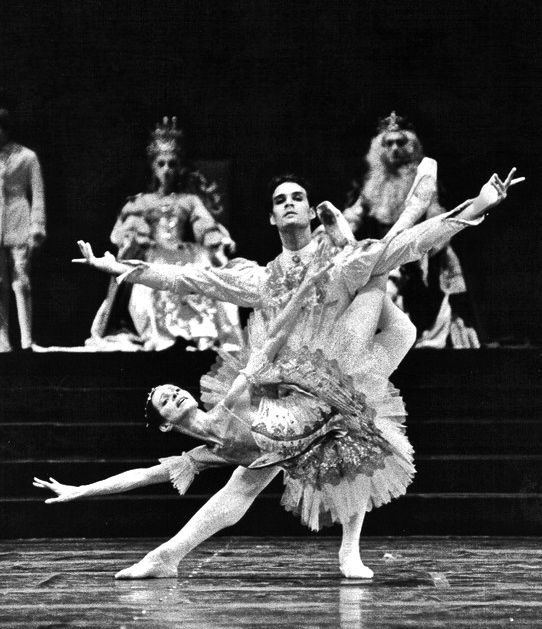 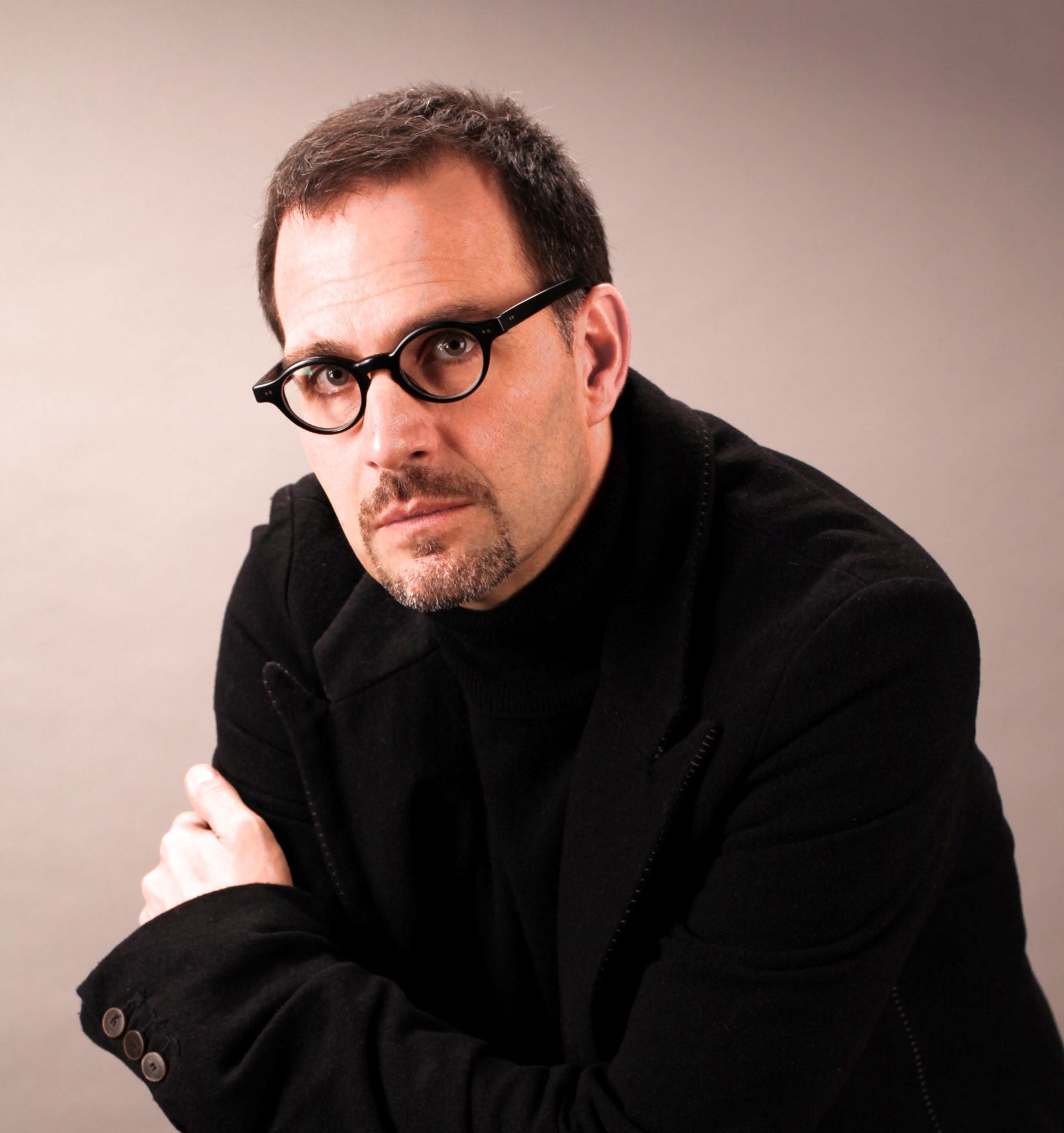 Have you worked with Paul? Have you seen him perform or taken his class? Help me say thank you by sharing your stories in the comments below.

Thank YOU for reading!

[infobox]Help me buy an Advertisement!. Donate today! If you cant give now, Show your support and Join over 950 Interview En L’air subscribers! Thank you![/infobox]

This Interview is optimized for iPhone and mobile devices.