I am excited to present the lovely Michaela DePrince. Although she is only 19 years old, her story is one full of inspiration. I have been following her for quite sometime now. She is often in the newspapers and in dance magazines. She is hard to miss. I have become a fan of her beautiful videos on Youtube also. She has incredible balance, clean technique and… I don’t think I have ever seen a woman jump like that. No really… She is a star. I always wanted to have her for this series. We have a lot in common actually… we both had a tough start to life… we both were adopted and we both were saved by dance. I am so happy that finally the dance world has connected us.

Michaela DePrince was born in Sierra Leone, orphaned by the civil war there and adopted by an American family in New Jersey when she was four years old. She began dancing shortly after she arrived in the United States. She has studied ballet, modern, tap dancing and jazz at Dalia Hay’s Dance Academy in Cherry Hill, New Jersey. Michaela began her formal ballet training at The Rock School for Dance Education, where she continued her interest in other dance forms. While at The Rock School she won both the Hope Award and the Junior Grand Prix at the Philadelphia Regional Youth America Grand Prix.

From age eleven to thirteen Michaela studied ballet in Northern Vermont with Vanina Wilson, Alaina Albertson Murphy and Alex Nagiba. She also had the good fortune to study with Monsieur Daniel Seillier in Montreal and Mr. Arthur Mitchell at the Dance Theatre of Harlem’s Summer Intensive. She attended the American Ballet Theatre’s Summer Intensive in New York City when she was thirteen and was named a National Training Scholar at the end of that summer. She continued as a National Training Scholar there until the age of sixteen.

Michaela was a participant in the 2010 International Ballet Competition in Jackson, Mississippi. As a finalist at the Youth America Grand Prix in New York City, she was first awarded a scholarship to The Jacqueline Kennedy Onassis School of the American Ballet Theatre in 2010, where she was a two-year recipient of The Beverly G. Smith Scholarship at ABT.

Michaela was featured in the documentary, First Position. She has danced with Darrell Grand Moultrie, the Manhattan Movement Art Center’s The Harlem School for the Arts Dance Benefit, the Francesca Harper Project in the 2011 Denise Jefferson Memorial, Ballet Vérité in The Levi HaLevi Memorial Concert, Daniel Ulbricht’s Dancing Against Cancer Gala, De Dutch Don’t Dance production of Abdallah & De Gazelle Van Basra, and The Nutcracker, and the AT&T Spotlight Guest in Dancing with the Stars. Michaela made her professional ballet debut in the role of Gulnare in the South African Jo’burg Ballet’s production of Le Corsaire, and as Kitri in its production of Don Quixote.

I wish you the best in your future. Thank you Michaela for your inspiration.

As anyone who has read my memoirs Taking Flight, or who has seen me interviewed by the media will know, I have wanted to be a ballet dancer since I was four years old and a magazine with a ballerina on the cover blew into the gate of the orphanage in West Africa.  Despite a long flirtation with competitive swimming, I have always clung to my love of ballet.

I love Italian food! I love omelets and of course I love chocolate chip cookies.

I’m a voracious reader, so I have a long list of favorite books, which includes, but is not limited to the following:  Shanghai Girls by Lisa See, The Giver by Lois Lowry, The Fault in our Stars by John Green, and Laughing at my Nightmare by Shane Burcaw.

I love every romantic comedy movie there is! I’m a hopeless romantic.

My favorite musical would be The Color Purple. I love the Rose Adagio from Sleeping Beauty.

are artistic and expressive with their faces and their bodies.

…losing someone I love.  I suppose that this comes from losing both parents when I was only three years old, and then losing my favorite brother when I was nine.

…elicit powerful emotions from both the dancer and the audience.

If I were not a dancer, I would probably like to earn a degree in mathematics.  I have always enjoyed solving math problems.  I also swim, and swam competitively during my entire childhood in the USA.

What is your most embarrassing moment?

Last summer while in South Africa I was suffering from terrible muscle cramps…probably I was lacking something, or dehydrated from my plane flight, but my muscles froze up on stage and my dance partner Isaac Hernandez had to help me up from our last pose in Don Q.  He did a great job of making it look like nothing horrible had happened even though I was in pain and could barely walk.

The absolutely happiest moment of my life was when I was adopted.  Nothing compares with that.

The hardest thing about my job is that I work in the Netherlands and my family lives in the United States.  Because of my dance schedule I miss the most important holidays.  My parents cannot celebrate with me in Amsterdam because I still have four sisters living at home.

My coolest and most unusual experience was serving as Patroness of the rhinoceroses in South Africa. I was photographed patting baby rhinos while dressed in pointe shoes and a tutu.

In my book I name all of the people who have had a significant impact on my life, but the person who has had the greatest influence on me has been my mother.  She is a very strong person, and I have learned so much from her about everything but especially about setting goals and to never stop dreaming..

I would like to see a greater racial mix in classical ballet companies. Young men of my color seem to be welcomed in these companies, but girls of my color are rarely seen.

I would like to see educational opportunities available to women the world over.

Oh, of course I still have goals.  I’m only nineteen years old.  I would love to one day be a prima ballerina, and also at some point to marry and have a family of my own.

A question you want to know the answer to?

Is there life beyond our planet, and if there is then what makes humans think they can make peace with these other beings if we cannot make peace among ourselves?

Work hard, eat healthy, and get plenty of rest.  Your everyday lifestyle has a greater effect on your work than you might realize. 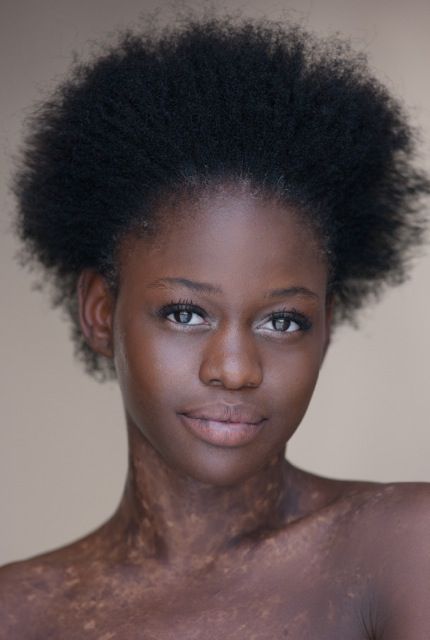 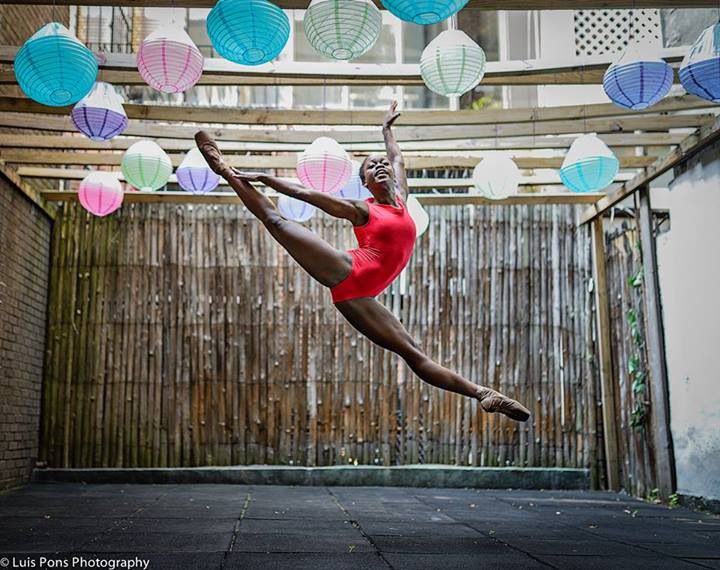 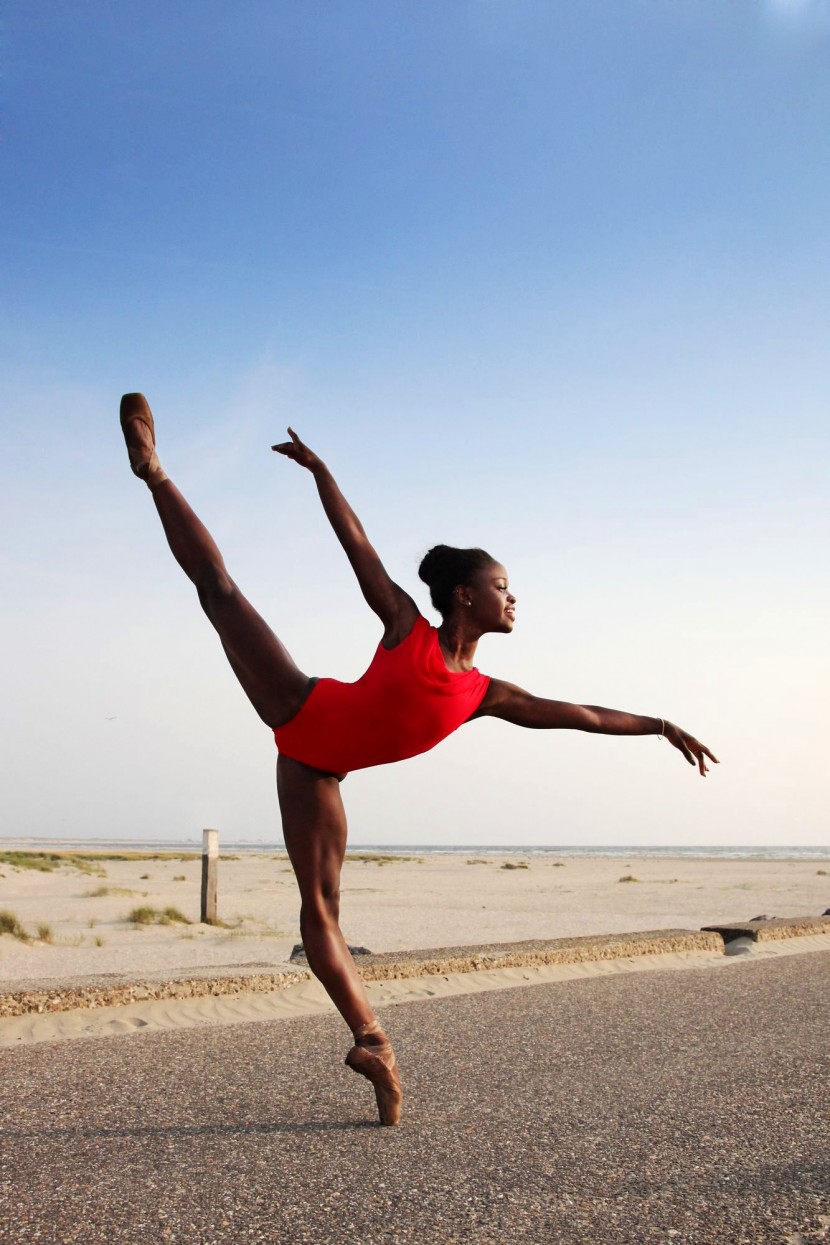 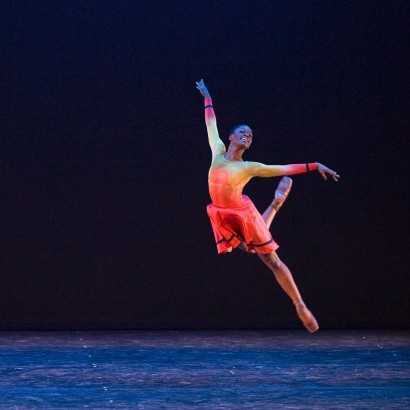 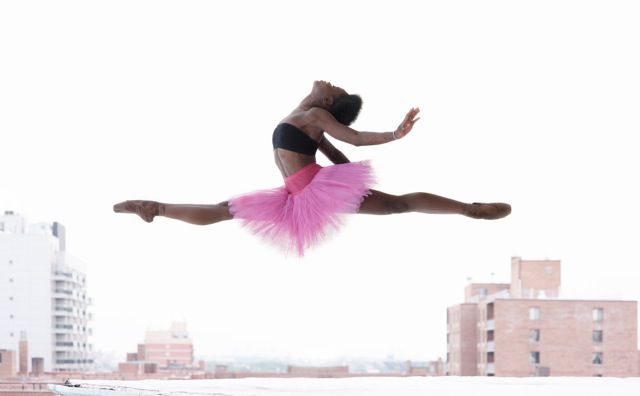 Check out Michaela’s website for more information : www.michaeladeprince.com. Have you seen Michaela on stage? Share your stories in the comments below. Thank YOU for reading!