The first time I met Drew was at the Dance Salad Festival in Houston, Texas. She was there with Rubinald Pronk. They already had quite a name for themselves as the self started company called Jacoby and Pronk. We shared a taxi to the hotel and we discovered that we have friends in common. I recognized her right away… I remember her first talking to me and I was pretending not to know who she was! You would never forget a dancer like that… she is a star. She had a good energy. I remember this was the very beginnings of Dance Pulp, her cool media website, and she was even collecting interviews in between rehearsals. I liked her style right away. She is pursuing her dreams and it is paying off. I also share this urge to shake up the dance world…somehow. She has a great sense of humor, which is always a hit with me.
Drew is a tall beautiful woman. Kind of hard to miss on the street, much less on stage. She has an amazing physique and a great stage presence. (Make sure to check out the photo section of this post!) She is a contemporary dancer with ballerina technique. Pointe shoes included…I love that. She really shined in a pas de duex choreographed by Paul Lightfoot and Sol Leon. I remember watching her from the wings in awe. Their style looked great on her. Till this day that piece is stuck in my head! As the years went on I met Drew at many galas and festivals around the world. I would always find time to go and watch the piece she was dancing. It is not everyday you get to see such a performance… I guess you could say I became sort of a fan.

Drew Jacoby was born in Boise, Idaho in 1984. She went on to study at School of American Ballet, San Francisco Ballet and Pacific Northwest Ballet. She began her professional career in 2002 with Lines Ballet in San Francisco, where she was a principal dancer and had numerous original works created on her by award winning choreographer Alonzo King. In 2005 she was invited on Sylvie Guillem‘s Japan tour, where she performed principal roles alongside dancers from the Royal Ballet and Paris Opera Ballet. She won a 2005 Princess Grace Award and in 2006 was voted Dance Magazine’s “It Girl.” In 2007, she moved to New York City to begin her freelance career and market herself independently.

In 2008 she co-founded her independent partnership, “Jacoby & Pronk,” with former Dutch National Ballet dancer Rubinald Pronk. The duo was featured on the August 2009 cover of Dance Magazine an have received acclaim in many leading dance publications. They made a collection of films together with fine art photographer Alvin Booth, entitled “Les Beau est Toujours Bizarre,” which premiered at American Dance Festival’s 2009 Dance on Camera Film Festival. Jacoby and Pronk have guested with Dutch National Ballet and have performed multiple seasons with Morphoses/The Wheeldon Company, as well as engaging in their own projects all over the world. In 2010, Jacoby and Pronk formed a small touring company which was presented at Jacob’s Pillow Dance Festival, Holland Dance Festival, Belgrade Dance Festival, and New Orleans Ballet Association.

Drew continues to inspire many as she takes on her latest challenge…motherhood. Thank you Drew, for your inspiration.

I wanted to be in the spotlight in some capacity. I knew that. I pretty much knew from the time I was 10 that I wanted to be a ballerina. I wanted to “make it big” and had dreams of big city life from a young age. I was quite athletic and creative, so dance just naturally took the front seat. .

Vietnamese, Israeli, and Mexican foods are my favorite. Savory, healthy, robust, and organic. I LOVE FOOOOOD. I love to cook as well.

One of my favorite recent pieces is Sidi Larbi Cherkaoui’s Babel. Some classic favorites are Balanchine’s Serenade, Forsythe’s Enemy in the Figure, and Kylian’s Bella Figura. I also love the classic Fosse musicals like Chicago.

…aren’t afraid and are generous

consume and transform you.

I think it’s about to come…I’m expecting a brand new baby girl late January, and I believe that experience will be the happiest and most fulfilling day of my life. My wedding day was also incredible, but I think this will be on a whole new level.

I met Madonna and almost went on tour with her. Her casting director was head over heels for us. In the end, she wanted only street dancers for her tour, so she didn’t go with my partner and I on a specialty act. But when we went to see her concert a few months later, we were shocked that she integrated our audition music into one of her acts! The music was from a German electronic group that her producer made sure to take note of after our audition. One of her costumes was also strikingly similar to the one I wore for my audition.

I once got booked for an event for the the grand opening of NYC’s Juicy Couture store on 5th Ave. I thought it was going to be really cool and edgy. But I ended up having to dress up in pink tights and a tutu like a little girl and pose in the window of the store as celebrities were photographed as they entered. I felt way overqualified for the job and like a caged animal… totally against my standards! And the pay wasn’t even that good.

In my career, Alonzo King…he was my first director and was full of integrity and respect, nourishing me as a young dancer, pushing me to my limits, demanding a lot physically, mentally, and even spiritually. He gave me freedom to become a confident artist and laid a solid artistic and physical foundation for my career to come.

In my life, my husband, who I respect immensely and challenges me be better than I could be on my own. I married young, and I truly believe it was one of the best choices I will ever make. He has added wisdom, stability, security, joy, adventure, and peace to my life.

How consuming of time, physical exertion, and self it is. And how little material reward is given for a life of dedication. This career usually ends abruptly and without lasting financial security.

I would still love to do something on a commercial level (like a movie, tv show, or world tour with a pop star) or be in a Broadway show. I feel like that is the only piece that’s missing from my dance career, but I still feel overwhelmingly fulfilled. I would like to be a director of a dance company or producer of a project involving dance in the future, using my leadership skills and past experience to prolong my career in dance and give back.

Small mindedness and leaders who don’t have broad perspective and skills/experiences outside of just a dance career.

I would like to see more focus on community and less on individual. Easier said than done. Education, gun control, and child abuse are all issues that are important to me. Sometimes I wonder why I chose such a self-absorbed career.

I saw a butterfly in my dressing room right after my grandma died. It was really weird. I was indoors and just sitting on my clothes. I want to know if that was just a coincidence.

Stay open to new experiences and go outside your comfort zone. If you’re unhappy, take risks and be proactive to make the changes you want to see happen to give you the satisfaction you’re looking for. Don’t remain stagnant. 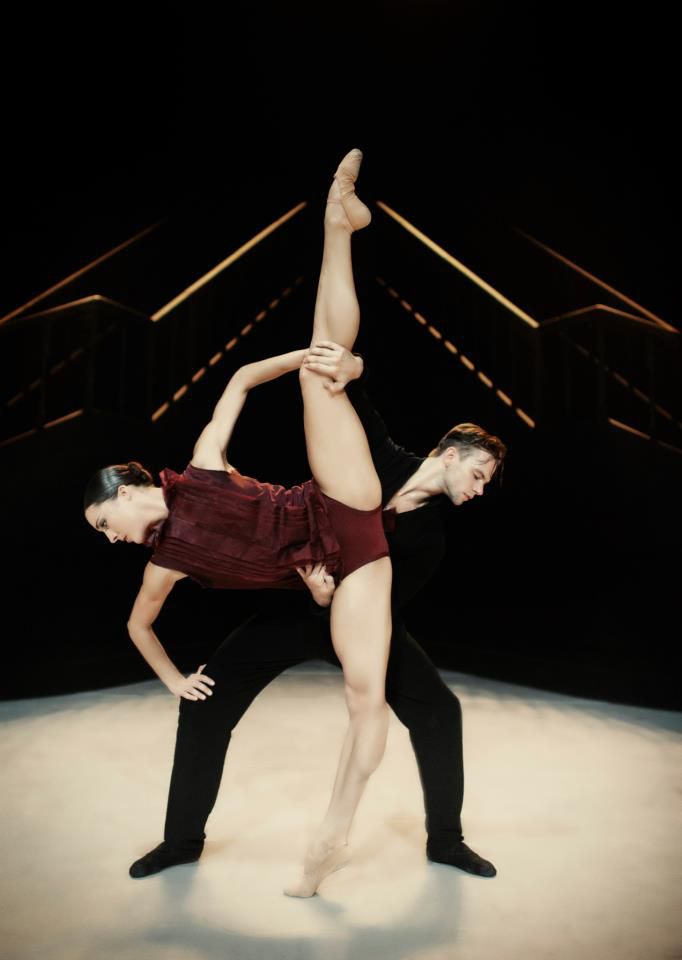 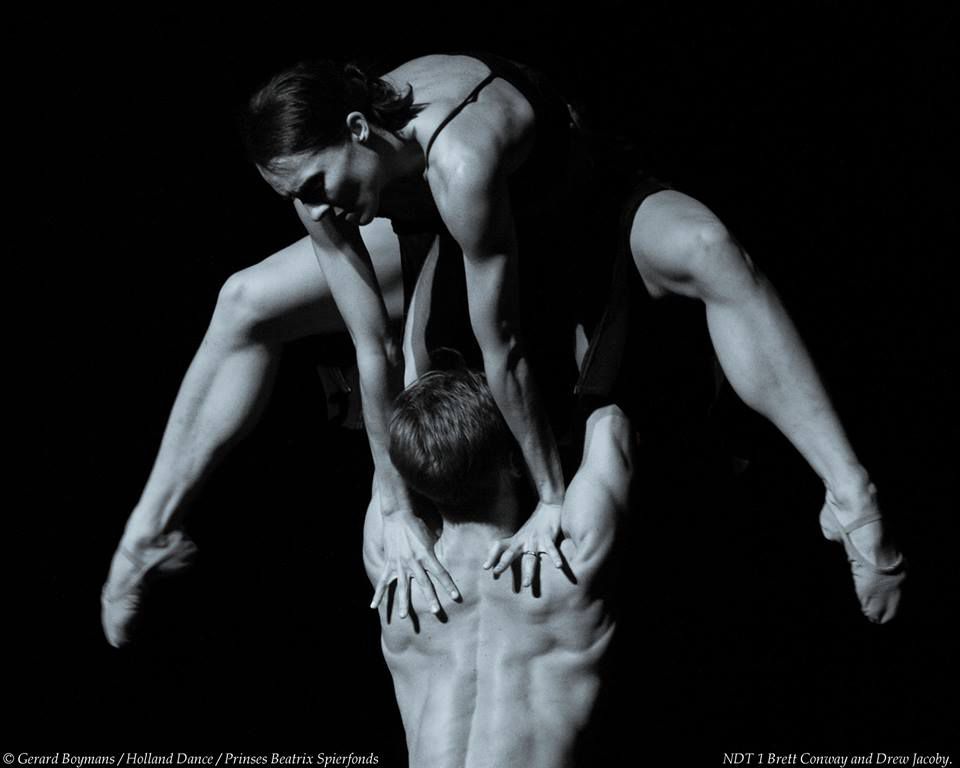 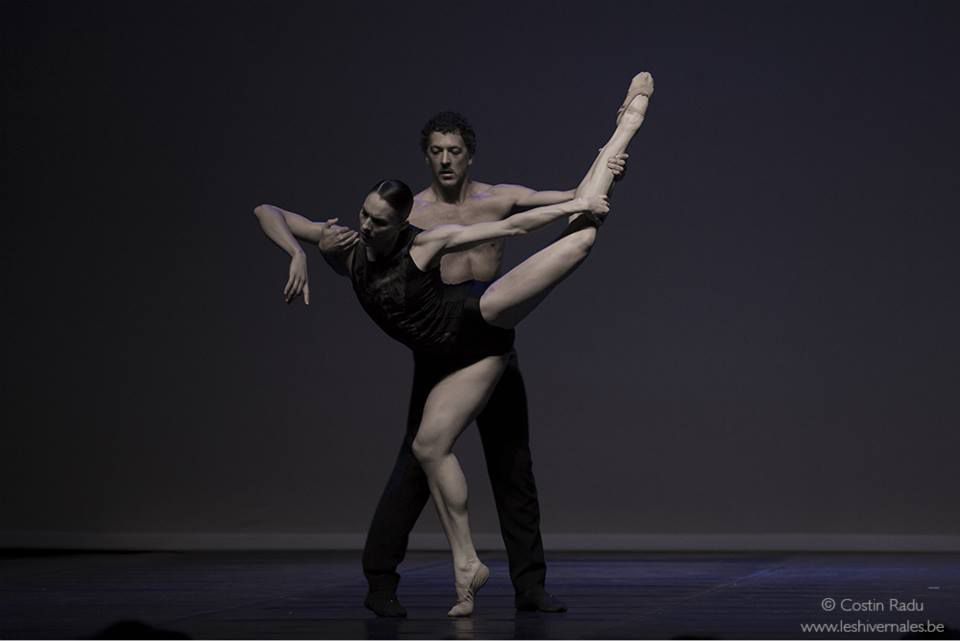 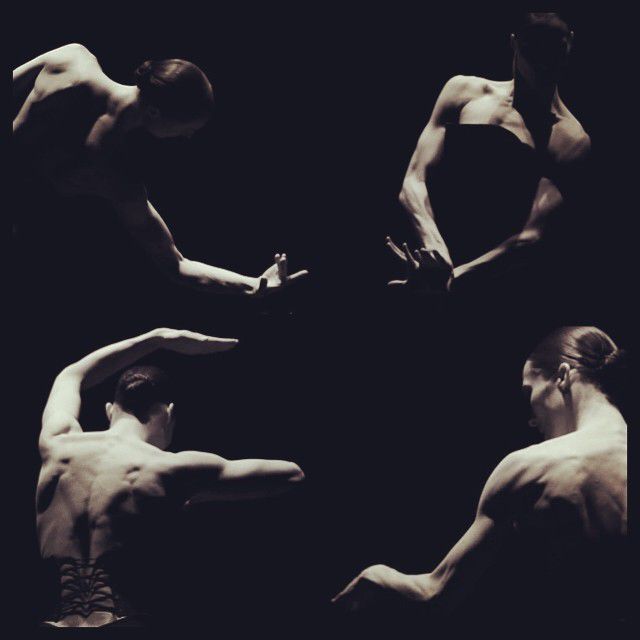 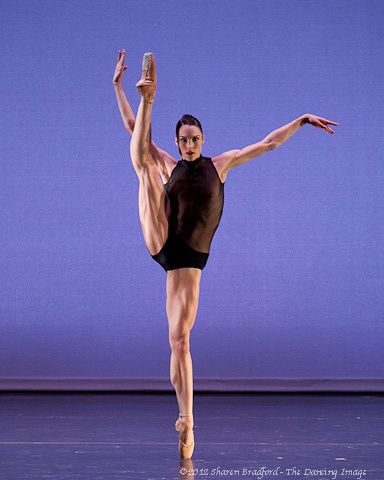 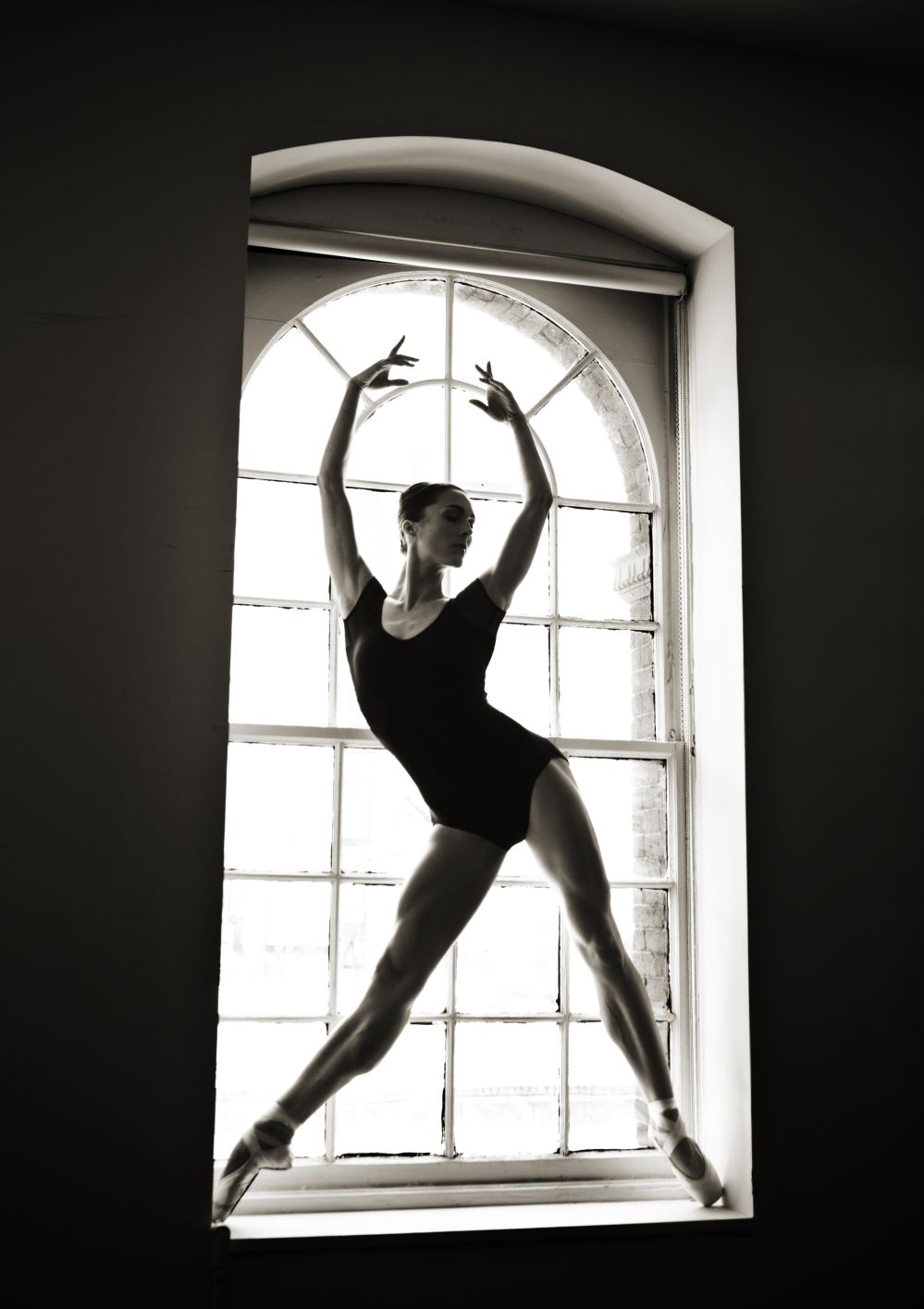 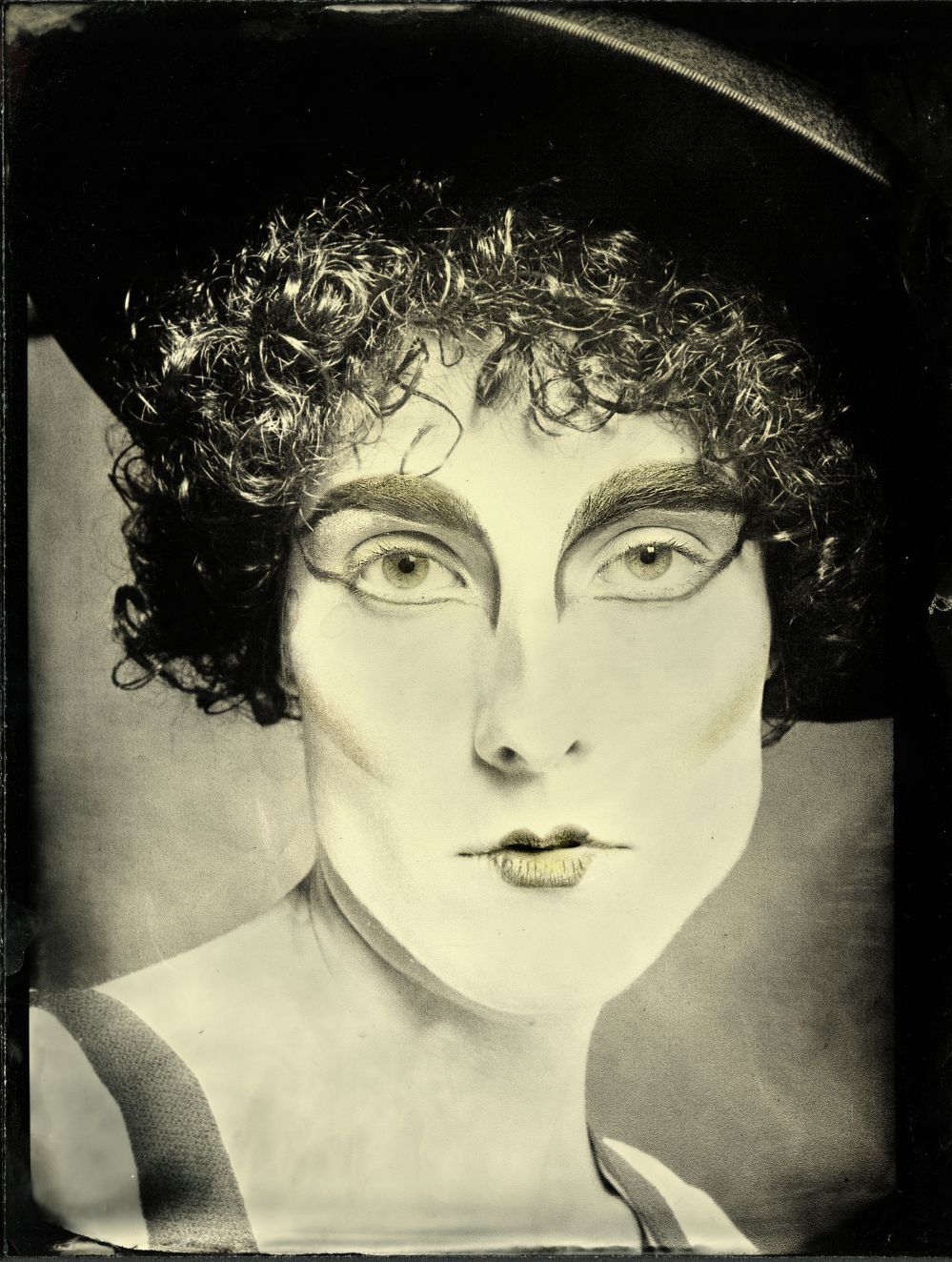 Find out more about Drew at www.drewjacoby.com    and be sure to check out her cool media website at www.dancepulp.com.