DIARY OF A MAD SWAN

Becky with the Good Hair

Hair. Its power is endless. Hair shapes our identities. Hair can be the reason you don’t get the job, or the reason you do get the job. Hair styles can define decades and geographic origins. Some religions believe that hair holds such power and beauty, that women should cover it in the presence of everyone but their own family and husbands. Hair is repeatedly brought up in discussions of cultural appropriation. Hair makes women feel beautiful. Hair makes women feel inadequate. Hair beguiles and flirts. Hair makes men feel rejuvenated. Losing hair makes men feel like sh*t. Hair indicates status. Hair can be the one constant thing, or the one thing that constantly changes. Hair can be at the root of social uprisings, daily micro-aggressions, racial profiling, rebellion and conformity. Hair lets some women think they can convince other people that they’re a different race than they really are. Hair confuses some people into thinking they can pet other people like dogs. If I had to count the amount of times my hair has been the source of contention over the past few years, it would be A LOT. 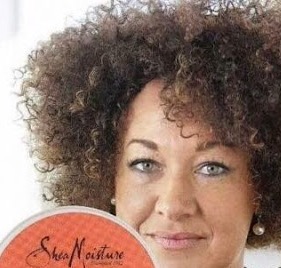 I’ve had people ask me how often I wash my hair when they get a whiff of the heavenly aroma that lingers around my head. I’ve had people ask to touch my hair more times than I can remember. I’ve had my bun checked at airport security more often than not (great place to hide your razor blades). I’ve been asked about the racial makeup of my parents, because different combinations of mixed races can result in “bad” or “good” hair. I won’t even get started on the role that hair plays for those of us that are performers. In short I’ll say that in response to some ill-fitting head pieces I’ve had to wear on stage, I’ve been told it’s because of my hair (it’s not my hair, it’s your crappy headpiece). I’ve had people see me every day for years, and still ask me if my hair is naturally curly. I’ve stopped using certain hair products for misrepresenting hair like mine in the media. I’ve supported Shea Moisture, and been disappointed by Shea Moisture. I’ve wanted to set a few friends straight for making uninformed and misguided statements about my hair, but when it comes down to it, I usually give up. I’ve been ashamed of my hair, embarrassed by it, but most importantly empowered by it. I’ve learned to love it, and one day I’ll learn to stand up for it, since it’s always been there for me.