When I moved to Europe Alex Frei was one of the first people I met. From the very beginning we got along well… he was a big help to me. He was the friend who  pushed me the most to not only speak German, but embrace the culture. A lot of my Basic German came from him… also my first Bavarian weißwurst und hefeweizen breakfast was with him and his parents! We had so much fun dancing together in Balletttheatermünchen. We constantly laughed at each others jokes…that only we thought was funny. ANDDDD….He was one hell of a dancer! An incredible passion. So dynamic, so musical… and an amazing layout! Even though Alex is WELL trained in various modern dance techniques, in his heart, I think he is a jazz dancer… like me. He has made quite a name for himself as a teacher also. He is great!

Alex Frei was born in Locarno, in the Italian part of Switzerland. He started his dance studies with Jutta Röthel in Munich. Jutta Röthel was Bob Fosse’s assistant for the movie CABARET and the broadway musical PIPPIN. He graduated from the ACADEMY OF PERFORMING ARTS in Amsterdam and was awarded with a scholarship for the school of the ALVIN AILEY AMERICAN DANCE THEATER in New York.

Alex discovered his passion for teaching dance when he was 18 years old. He specializes in the Lester Horton Technique of Modern-Dance as well as in the Broadway style of Bob Fosse. Since 1999 he has taught in several schools and Festivals all over the world as faculty member as well as a guest teacher for professional companies such as DV8 and the SARAJEVO NATIONAL BALLET.

Throughout his career he has been cast member of several musical theatre productions, such as 42nd STREET, COPACABANA, MARYLIN, FIDDLER ON THE ROOF, MY FAIR LADY, LA CAGE AUX FOLLES, ANYTHING GOES, the European tour of Andrew Lloyd Webber’s CATS where he played the roles of Alonzo, as well as Munkustrap and Rum-Tum-Tugger and was assistant dance captain. After that Alex joined the ensemble of CABARET in Munich where he also had the position of dance captain. Alex is incredibly exited to fulfill his dream, being part of the ensemble and assistant dance captain of the musical CHICAGO which will be running in Stuttgart till October 2015.

Alex continues to inspire me everyday. Even though we are no longer in the same company, I often have the urge to break out into song…but no one would get it. Thank you Alex for your inspiration.

Absolutely, I always wanted to be a dancer and a Showman.

Italian, Japanese, Ethiopian, Indian, Schnitzel … (I could definitely go on)

I love artists biographies. One of my favorite is Martha Graham’s Blood Memory.

“Cabaret”, “Hedwig and the angry inch” and all movies by Federico Fellini.

My favorite Musicals are “Chicago” and “Sunday in the park with George”. Dance pieces (cannot possibly name just one): “A hymn for Ailey” by Judith Jamison, “Les Noces” by Jiri Kylian and …omg there are too many!

…move you. No matter how or why. Intellectually, emotionally or simply because of there movement quality. As long as someone reaches me…I am satisfied.

Misunderstandings and making the wrong impression on someone.

Either entertain the audience or make them reflect. No matter if abstract or narrative. And if a piece does both, BAM!

I love to travel but I often get to combine the two :). Further, I like to cook and go to see performances.

The day I realized that family, friends and love are way more important than my career (age 27).

Being offered a contract for Philip Taylor’s Ballet Theatre Munich and talking to Liza Minelli in her dressing room after her 2007 concert.

Ones I was doing an Irish tap dance. We must have been about 20 dancers. We all got flowers but still had an encore to do. It started as a solo and then turned into a duet (with me) and so on. There was water on stage (from the flowers). I landed flat on my behind as soon as I entered. CENTER STAGE, and looked like a turtle who cannot turn around. As Natalia Makarova once said : “it can happen to everybUdy” (U = Russian accent).

Indirectly, I’d say Lester Horton, Alvin Ailey and Bob Fosse. Their heritage have influenced my career and changed it completely. And directly, my teacher Jutta Röthel. She basically taught me everything (and I mean it)!

I used to deal with so many minor issues (injuries). Had to let that go. Today I say, “not a big deal, it’s all just showbiz”.

Later in live I would like to be the director of a dance or musical theater program. As a performer I don’t have any wish left, since it all came true already…and more. Apart from playing the master of ceremonies in “Cabaret” or Zaza in “La cage aux folles”. I’d still like to do that, but only if it’s a very good production ;).

I would love for the economy to improve so that dance/art funding wouldn’t have to get cut. Dance is usually the first of all art forms to suffer. Art is the mirror of society. Humanity needs it to filter, analyze and communicate our existence. Dance is the voice of the soul and of all cultures. I believe that our world would be a better place if the arts would get more support.

Why do football players get better paychecks then dancers? (It’s a rhetorical question) 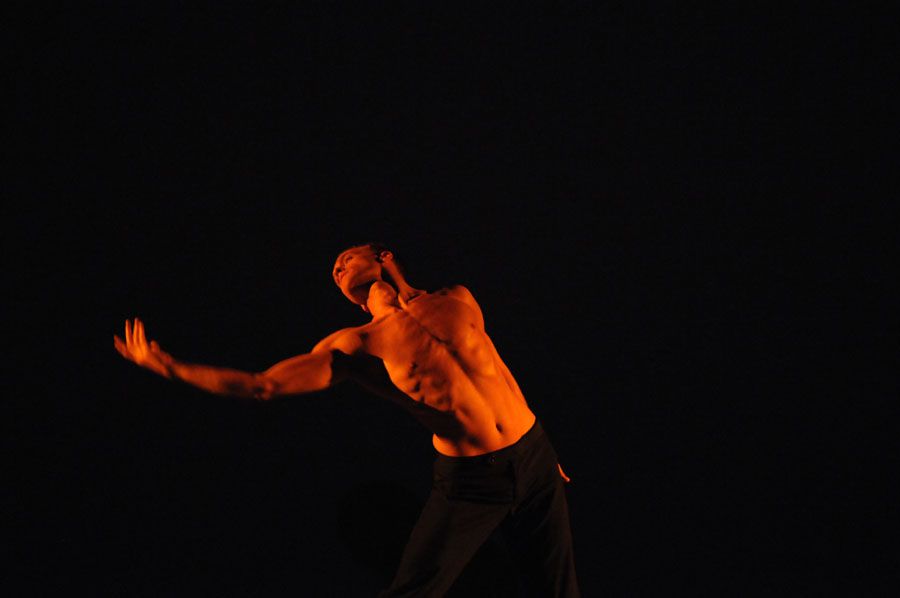 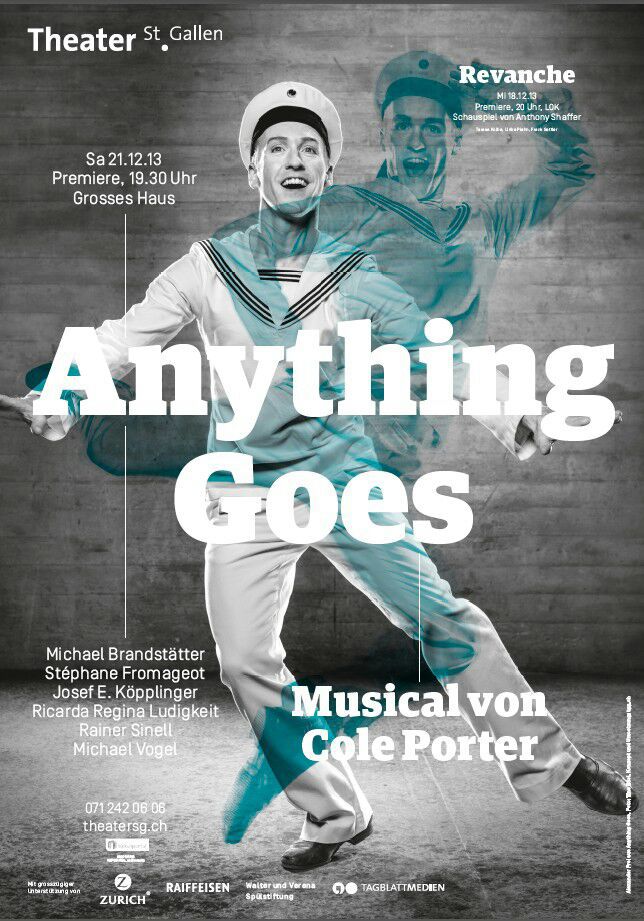 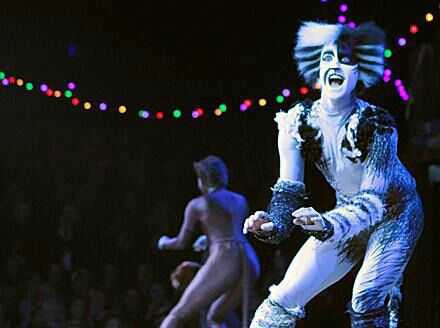 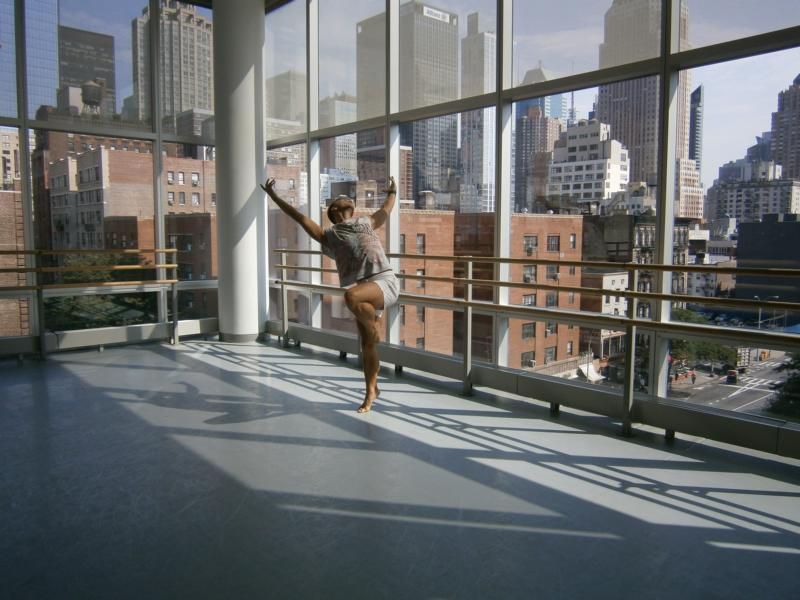 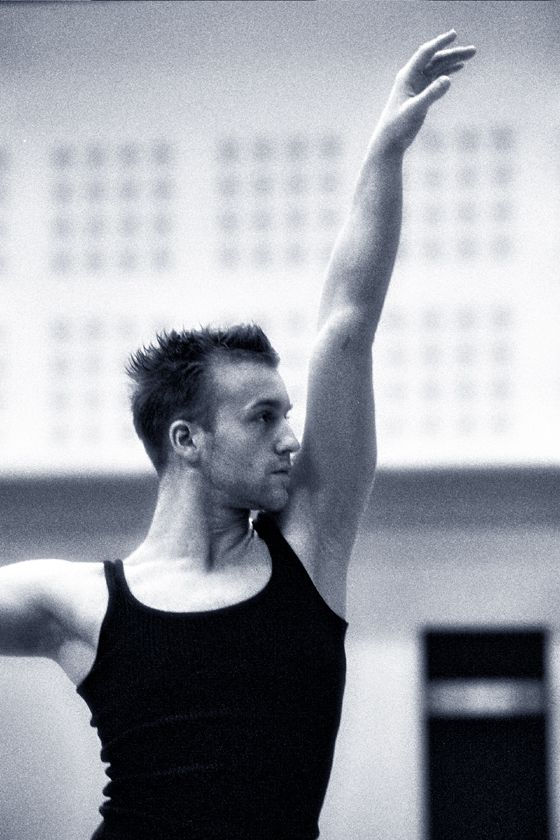